Jim Horton’s 35 years of experience with marine animals began while working for the Sea World Shark Research Institute in the Florida Keys as an aquarist, diver, and marine mammal specialist. Jim then transferred to Sea World of Florida where he worked as an animal care rescue and rehabilitation specialist for 12 years, receiving Sea World’s highest honor, the Animal Stewardship Award for his dedication and efforts in hundreds of marine mammal rescues encompassing a wide variety of species.

After leaving Sea World, Jim worked as Supervisor of Field Operations for the Keiko project in Iceland and the rescue, rehabilitation and release of the orca Springer project in Canada. Jim has contracted for multiple organizations involving marine mammal care such as NOAA/NMFS, Fisheries and Oceans of Canada and the Born Free Society.

Jim worked as the Director of Marine Mammal Operations and Underwater Maintenance Operations for the Atlantis Resort in the Bahamas and Dubai where he was responsible for multiple international animal transports, advanced medical care for the resort animal collection and underwater maintenance and construction. Jim was instrumental in establishing the first island wide Bahamas Marine Mammal Stranding Network, training first responders in rescue, rehabilitation, data collection and necropsies.

He was recently involved in an orca rescue and rehabilitation in New Zealand and the Tom and Misha project in Turkey, which was a first in the training and release of captive bottle-nosed dolphins with live satellite and VHF tracking. 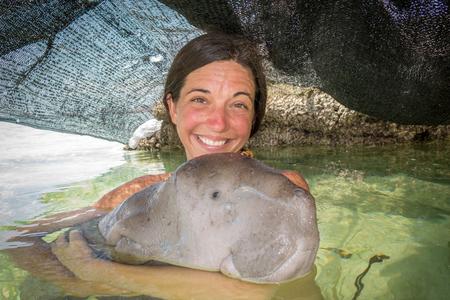 Katy Foster has been involved in marine rescue and rehabilitation projects for most of her life, beginning with an abandoned sperm whale calf in the 1990's.  She has since worked with a variety of marine mammal species, from dolphins and porpoises, to dugongs and killer whales.  Additionally, Katy has been involved in sea turtle rescue and rehabilitation.

​Katy has a background in both marine mammal research and photography.  Her research work has been primarily focused on dolphin behavior and she has extensive experience with photo identification.  She has worked with a wide variety of cetaceans, both toothed and baleen whales, including work with three species of beaked whales.  Her work has taken her to the Azores, New Zealand, Florida, all over the US west coast.

Katy's photography work is primarily focused on wildlife, environmental, and conservation issues.  She is an avid underwater photographer and holds a PADI dive master certification.

Katy and Jeff's photography can be view at Nomads Expeditions. 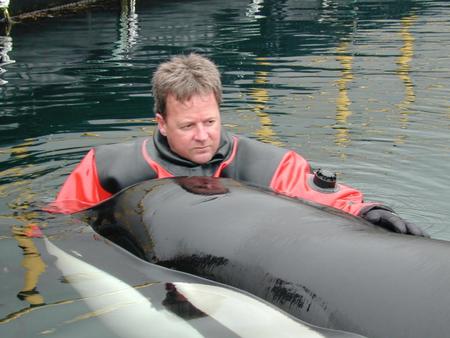 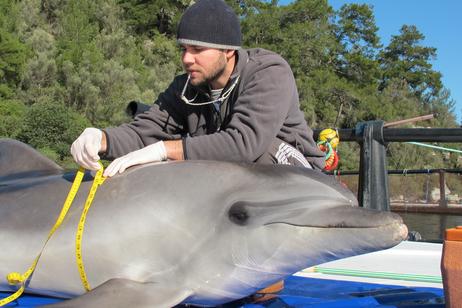 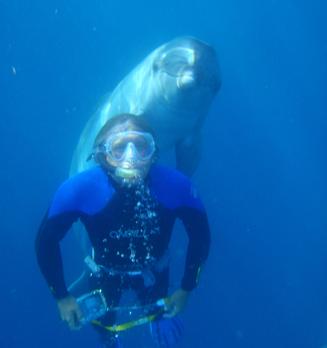 Mike has been working with marine mammals for over ten years now. He has worked with a wide range of animals from dolphins and killer whales to sea lions, dugongs, sharks, and turtles. Beginning as a trainer, he has since moved on to research, rescue, and rehabilitation projects; most notably the Tom and Misha project where he helped to design and implement the successful formula for the release of two bottlenose dolphins back to the wild.

Mike has worked on various research and conservation projects all over the world. From Africa to Central America, Europe, and Asia. He has extensive experience with animal care, population studies, photo identification, transporting, and tracking of animals. Furthermore he assists with many yearly conservation projects in the United States and continues to work on his conservation efforts to help all animals in the ocean.

​Jeff Foster has spent his whole life around wild and exotic animals. He grew up as the son of a prominent zoo veterinarian, giving him experience caring for and managing animals from an early age.

Jeff has been credited for developing the first successful formula for a neonate cetacean as well as been instrumental in developing behavior enrichment devices for captive marine mammals. Jeff oversaw the humane captures of oiled sea otters during the Exxon Valdese oil spill. He was Director of Field Operations and Research for the Keiko Project and oversaw the day-to-day management of the project. He also oversaw the capture, rehab and successful reintroduction of Springer, the orphan killer whale. He was responsible for the Tom and Misha Project, the first successful reintroduction of bottlenose dolphins back into the wild. Jeff was instrumental in the developing the LIMPET tags in the study of marine mammals in the wild.

Jeff has received numerous accolades and awards for his contributions to the marine mammal field, including NOAA’s Environmental Hero of the Year 2006, received for his dolphin rescue work during hurricane Katrina and the tsunami in Southeast Asia.